> > How is organ donation is measured?

Globally organ donation rates are measured in Donors Per Million of Population (DPMP) as this takes into account changes in population over time. Leading Performance is 47 DPMP. As at December 2017, Australia was performing at 20.8 DPMP, less than 50% of world leading practice. This is the second time we have exceeded 20 DPMP, the first being in 2016.

In 2017, Australia was ranked 16th in the world, despite expenditure of over $300 million over eight years. If we had reached leading performance as intended, around 1700 more lives could be saved each year.

The gap between Australia’s performance and leading performance has only been closed by 28.2% over seven years, even though an unprecedented $300 million has been spent. This is a very poor return on investment; one that results in the needless suffering and loss of life of over 1000 Australians each year. 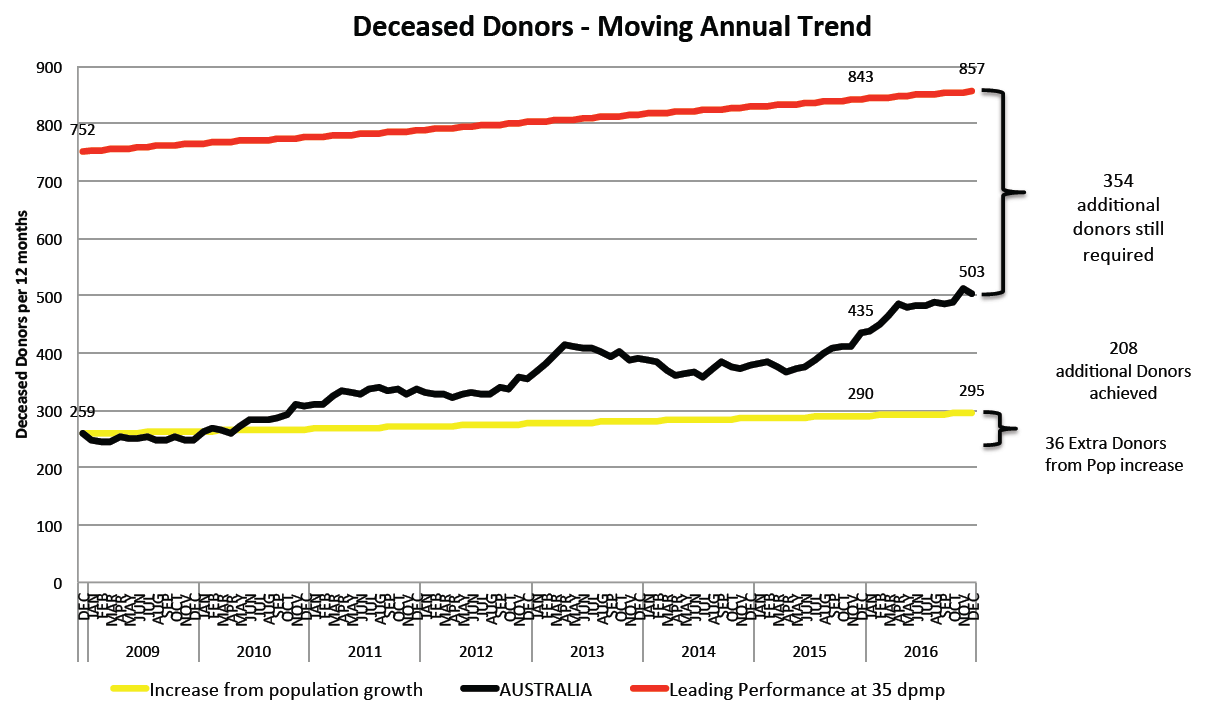 In 2017, Australia was ranked 16th in the world in terms of number of donors per million population. 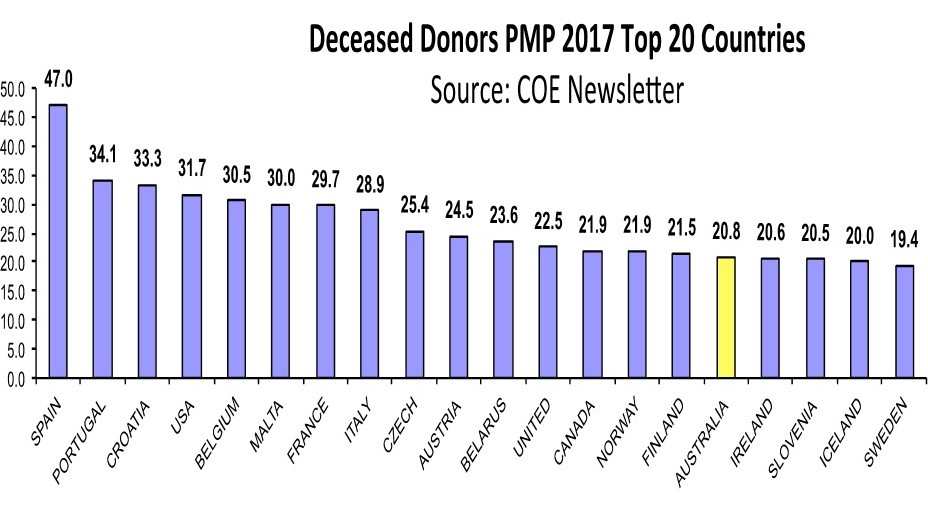 Six countries increased more than Australia over the eight years since December 2008. 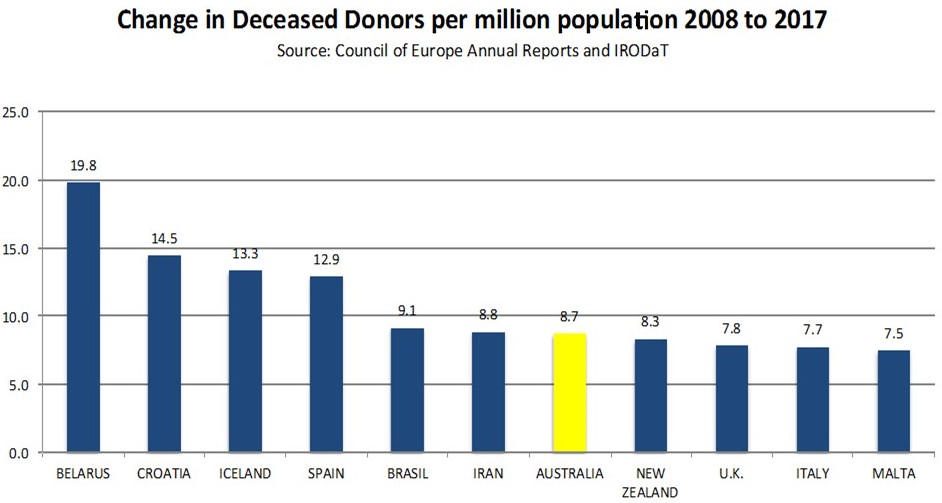